I just received my add-ons development t-shirt!  The t-shirt is so cool!  It features the Gran Paradiso robot, which has become the official character for Firefox 3.  It's a gift sent out to the developers which had at least one Firefox extension compatible with Firefox 3.  I received this for my Find In Numbers extension.  You may want to try the extension by the way.

Here is a picture from the front and back of the t-shirt: 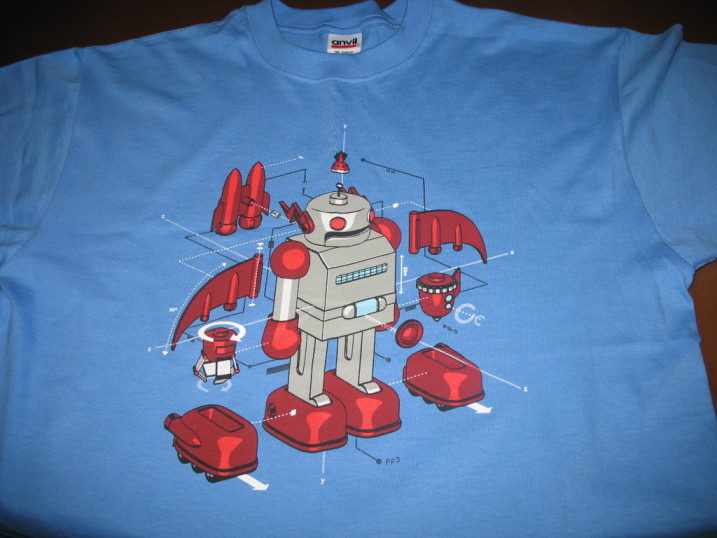 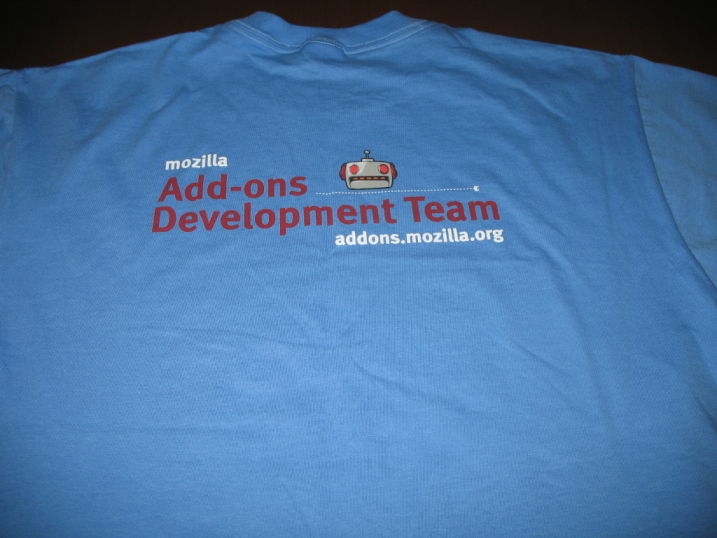 Also, I just found out that there is a plan to actually build the robot from cardboard in Dolores Park, San Francisco.  I won't be able to take part in this event myself, but I can't wait to see pictures (and movies) from the built robot!